It’s all about perception!

A great achievement!  The first supply of mains water to a little town in a remote area!  It was in my early teenage years when my Uncle, an electronic and civil engineer, completed this project.  It was the sprout of spring and the beginning of the Persian New Year holiday “Norooz”.  My Uncle had been looking forward to the completion of this project and invited many of our family and friends to this small town, at the edge of a vast dry land, to celebrate the beginning of Norooz. Lamb was on the spit, the table spread with many traditional foods including white fish and herb rice, chicken and lamb kebab, Persian stews and fresh herbs.  It was early in the day, most of the guests had arrived but suddenly the joy and happiness was interrupted by the start of a loud argument.  The conflict of ideas was related to a very small issue however the argument grew with anger boiling over to infect everyone at the party.  As a cloud covers the sun, the party lost its’ happy soul.

As anger hung in the air some of the guests decided to leave, others stayed on but all lost their cheerful temperament and my Uncle became very disappointed.  He and I walked through the garden while he was telling me about what had happened – all the effort taken to create a happy day and the sudden change of mood from something so simple.  As we walked and talked we passed by an old barn where we could hear laughter of young children and the voices of their parents.  Peeking through the crack in the barn door we could see the security guard hired to look after the barn and the materials kept there.  This man, with very little education, and no ability to read, was sitting on the concrete floor with his family.  The three children, between the ages of two to six were wearing only t-shirts.  Filling the room were jokes and stories, the air filled with laughter and joy.  Laid out between them was an empty cement bag spread with only plain bread and cheese.  This was their New Year meal.

My uncle and I looked at one another and wondered!!  Next to this simple, happy family we thought of all our preparations, all our achievements, all the expenditure and effort to make the day “perfect” that ended with frustration, bitterness, disappointment, and unhappiness.   As a teenager, I then concluded that:

“Happiness is a state of mind after all” 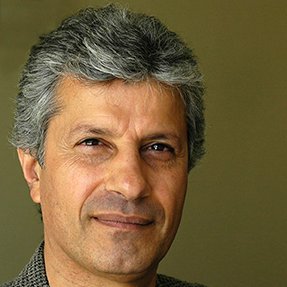